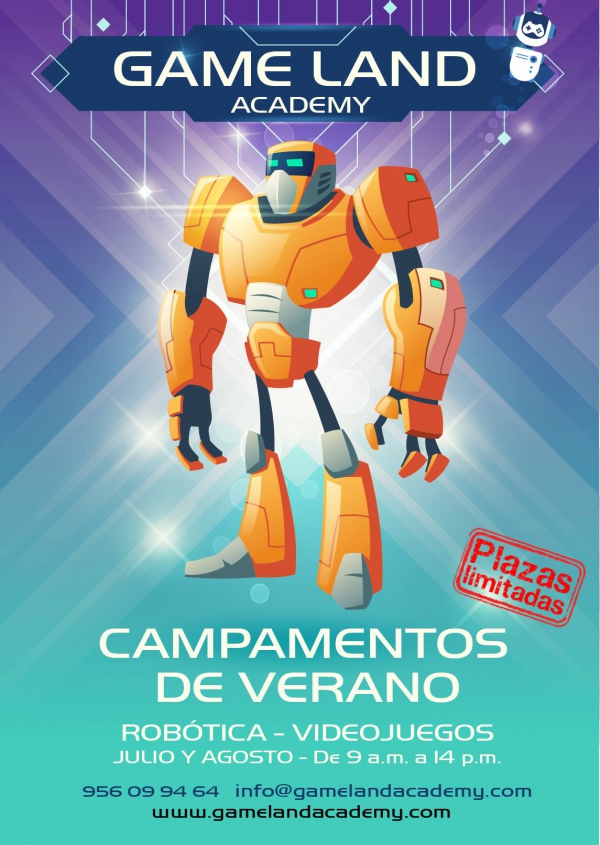 The one-week courses will be held in July in the building of the Algeciras Technological Campus Foundation, in Capitán Ontañón street; and in August in the Andrew Engish School academy, in the Villa Estoril housing development.

These camps are a commitment to training in new technologies and innovation, putting the youngest in front of the challenge of developing projects as exciting for them as those that have to do with video games and robotics. They are also courses that delve into technological training and digital literacy from an early age, as they cover children from 7 years of age onwards.

The robotics courses allow students to assemble and programme their own robots, learn how the different types of sensors work and make initial contact with the different visual programming languages.

The video game courses, on the other hand, will allow students to go through the whole process of creating a video game, from its conceptualisation and theme, through knowledge of game mechanics and the creation of narrative scripts, art techniques and the creation of characters and scenarios, and contact with computational logic and the development of programming commands.

This last phase, both in the video games and robotics courses, is carried out with the Scratch programme, a simple tool designed for children, with the aim of familiarising them with computer language and enabling them to build their own programming developments using a simple and intuitive block system.

Those interested in registering or obtaining information about the courses can do so by visiting the website www.gamelandacademy.com.